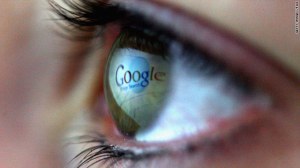 For me reading What Would Google Do was a real eye opener. I realised this was not a book about Google or about the Internet it was a book about change by a prolific media journalist who saw that the rules had changed.

Author Jeff Javis writes, “Google has spoiled us rotten. Think back to the time before Google—it was only a decade ago—and remember the mines you had to dig to find any bit of information. Good God, we actually went to libraries”

What’s really going on (see my post Jonathon’s rules for a starter) is that the rules have changed; the fundamental, foundational building blocks of our capitalist world view: scarcity for one have changed.

News is not scarce so I don’t pay for it. I find my news – more relevant, personal and useful news, FREE on twitter and facebook and Google – from people I know and trust – people often who the “media” flock to to find out what’s going on. 10 years ago this was not the case.

Soon nothing will be scarce, except perhaps the huge conglomerate corporations (see Rupert’s pathetic pay wall) that are struggling to resist the restructure that has already taken place.

So what’s holding the word back from being totally Google-like?

1. Bomers are in control
2. Big corporations are threatened.

First of all I think it is significant as a 30 year old that my generation may never “lead the world”. The 40 somethings that rose to power (CEOs, politicians, leaders in business) while I was in school are still in power. An aging population means that those 40 year olds are 60+ and they’re not retiring. Who would fill Jeffs shoes if he retired? Yet because there is no scarcity anymore, Jeff can journalise around the world from his laptop. I’m glad he is! The problem with boomers in control (in some instances) is that they – unlike the founders of Twitter and Facebook (my age and YOUNGER) see the world through Googly eyes. They are open to change, technological change more so than those who ask their son how to turn their phone on silent.

Secondly like Ruperts pathetic paywall, like Brashs (if you remember the CD company), like video stores, and milk bars, and white pages and Telstra – these guys are doomed (if they don’t start to act Googly).